I’m a Diamond level player (Mattapherr) and I’m always looking to improve my game. One of my favorite things to do during downtime is to watch the professionals stream and learn how to play from the best. I first saw Kurumx use a Vel Koz build a few weeks ago and melt his opponents one by one, and it piqued my interest.

I tried this Vel Koz build out during PBE and at first I was skeptical; will this be strong once Set 5 goes live? Will Mortdog nerf it into oblivion?

So far, I’ve played Vel Koz in three of my first four ranked games of the set… I placed 1st, 1st, and 2nd. That settles it.

I love this build when I start the game with at least 1 rod and 1 glove. Jeweled Gauntlet is the most important item for Vel Koz in the end game, and I like making it early to win streak early. Helion is my favorite early game comp, but I don’t force it. Ziggs (or another Spellweaver like Viktor) always holds my JG. 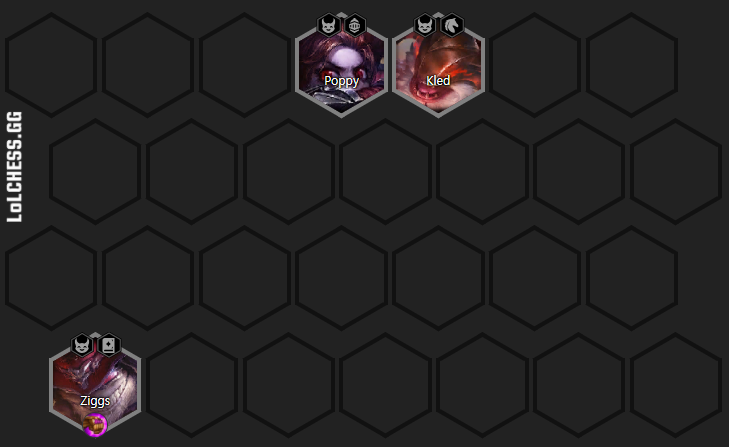 I always collect Redeemed units and Zyras during the mid-game. Lux, Syndra, and Aatrox are all included in the end game and I start working them onto my board now. I always play my best board. In short: I won’t play a 1 star Aatrox over a 2 star poppy just to get the Redeemed buff, it’s not worth it. Leona and Varus also can help to hit 6 Redeemed once I find Vel Koz, but I transition them out over time.

Lux does a surprising amount of damage during the mid-game and I think of her like a secondary carry at this time. If my Helion units are all 2 star, I may keep them on the team until level 8… if not, they fall off quickly and I swap them out for Viktor and Nautilus. 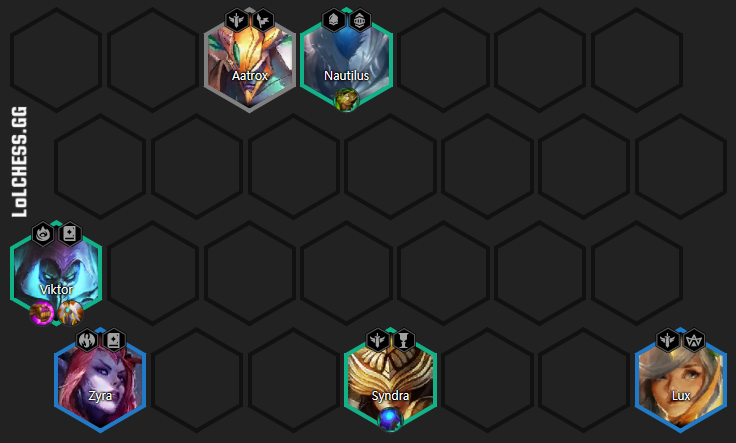 As I mentioned in the mid game: 6 Redeemed goes on the board when I find my first Vel Koz. Next comes Taric. He’s one of the most underrated champions and fits into this build alongside Kayle to grant the Verdant buff. I always use Taric as my solo front-line if I build Gargoyle Stoneplate. Otherwise, I place Rell and Aatrox on either side of him. The Verdant buff is a poor man’s QSS for any unit placed next to a Verdant champion, and I position everyone accordingly. Scouting during the late game is imperative; I flip Vel Koz and Co. with Lux if most of the enemy carries are in the opposite corner. 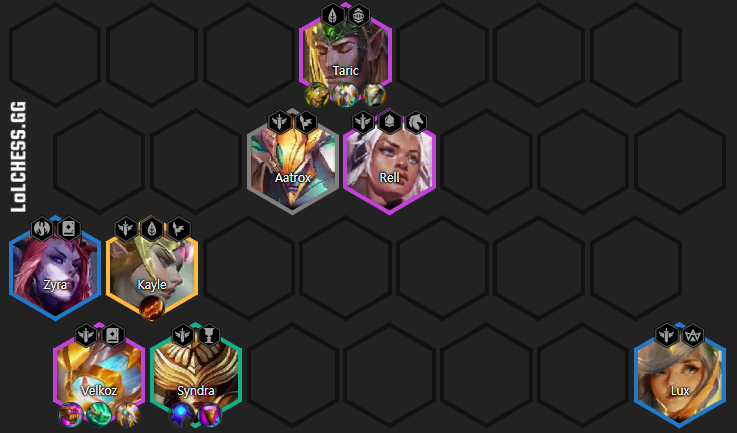 If you think I missed anything or have a better version of this build, make sure you leave a comment or visit me when I stream from time to time: https://www.twitch.tv/mattapherr31/.