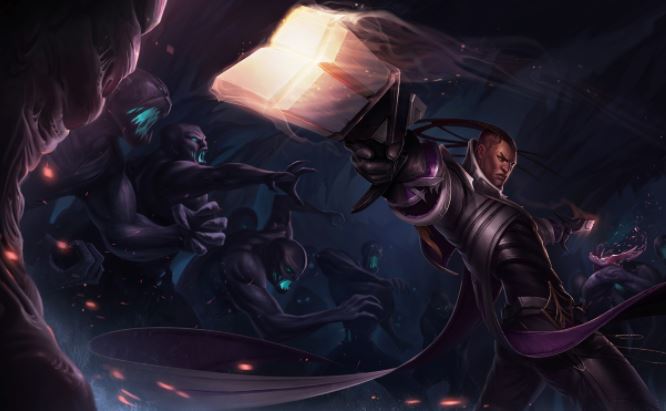 League of Legends: Wild Rift patch 2.3b went live last week, but two of the new champions featured within it — Lucian, the Purifier and Senna, the Redeemer — still aren’t in the game. These two new champions will be releasing in just a few short days on Thursday, July 8. That’s a day later than the usual patch updates for Wild Rift and likely due to the extended holiday weekend for the 4th of July.

The arrival of Lucian and Senna will be celebrated with the Sentinels of Light event.

As the Black Mist engulfs Runeterra, an ancient order must bolster its ranks to protect the fading light. Join the Sentinels in their quest to stop the Ruination and witness their stories from the front line!

This event will be featured across the entire portfolio of League of Legends games, including League PC, Teamfight Tactics, and Legends of Runeterra. However, specific event details for Wild Rift remain unknown.

When darkness falls, it’s time to rise. Prepare yourself for July 8. pic.twitter.com/LunIdTrA2i

Lucian and Senna will make up a formidable pair in the duo lane. Lucian is a quick-firing, agile marksman armed with dual relic weapons imbued with ancient powers. Senna is designed to be played as either a support or complimentary marksman. Together, they compliment each other quite well as Lucian’s quick attacks are aided by Senna’s slower but more powerful shots.

By Matthew Liebl // 10 months ago
News