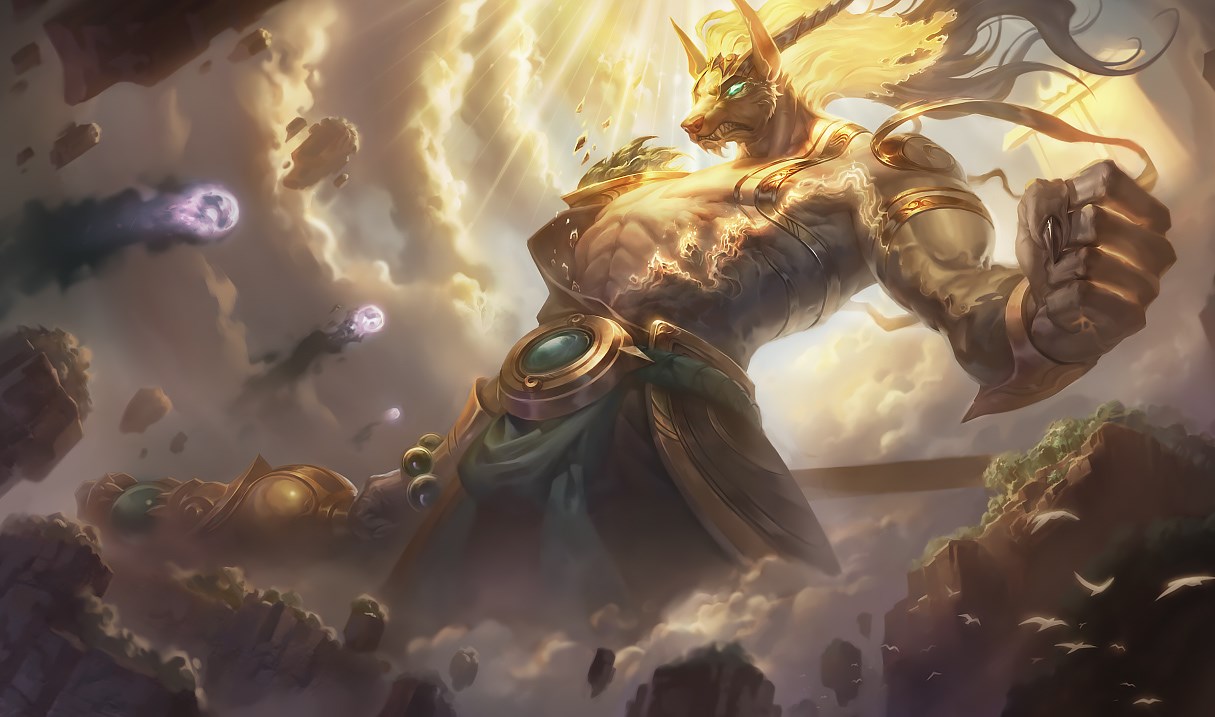 Syphoner Nasus is one the most popular reroll builds in the game. When played correctly it places first in all levels from Bronze to Challenger.

You should only consider this build if you:

For those of you familiar with the Ludens’ Enlightened Nami build from Set 4, this build has similar “perfect item” requirements. If you don’t hit the items you should pivot out during mid-game to avoid bottom 4 placement.

BIS items for Nasus in this build are Titan’s Resolve and Jeweled Gauntlet. His third item is flexible; some players add a second Titan’s, some add a second JG, but Dragon’s Claw, Blue Buff and Gunblade are also options. 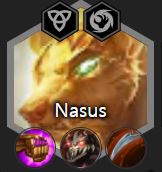 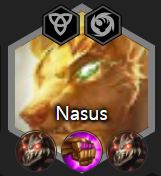 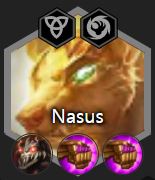 It is imperative to hit Nasus 3 by mid-game in this build. Scout your opponents and make sure no one else is running the same build… two players running it could mean disaster. As the game goes on, you should hold every Nasus and even consider playing two of them on the board. Doing so will accomplish two things:

# 2 may seem counterintuitive, but in the best case scenario you have two 2 star Nasus’s on the board… they’re not strong enough to win you many fights yet, but they’re tanky enough to give the rest of your team time to kill enemy units and limit your health lost.

After hitting 50 gold you should slow roll to find your 3 star Nasus. At this point, you should have two starred a few of your other champions and have at least 1 or two of your necessary items on the doggo. Once you hit, you’ll stabilize and start to win regularly if you haven’t already. 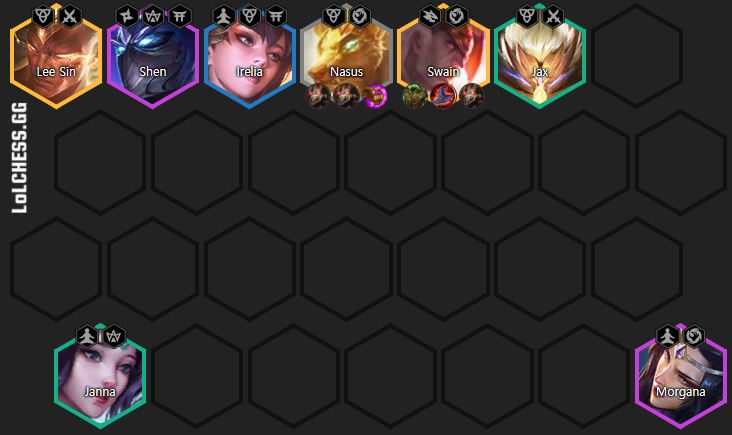 Janna can be swapped out for another Mystic like Zilean. If you’re strong enough to get to level 9, consider dropping Janna/Zilean for Wukong and adding Kayle for 6 Divine.

As I mentioned, your early game really defines this build. Look for Divine champions like Jax and Wukong to hold until late game and conserve your cash. You can also consider running Vlad; even if you don’t have the 4 Syphoner buff online, he benefits more than other units from the 2 Syphoner buff.

Your main goal during mid-game is to find your 3 star Nasus. Try to add Irelia and Morgana to enable either 4 Divine, 4 Syphoner, or both. This build has a natural early and mid-game, so there’s no reason to try to get cute and play something unique. The more straightforward your build, the better.

As you can tell, this team is pretty tanky. Most units go on the front line and soak up tons of damage while they heal it right back via the Syphoner buff. Since your two carries (Nasus and Swain) are built to sustain themselves over the duration of the fight, you can throw them anywhere on the front line and do just fine. Keeping Lee Sin near the edge of the map is helpful; he’s more likely to kick someone off the edge from there. Once you’re in the top 4 make sure you scout your opponents and keep Morgana and any other backline units away from the inevitable Sprit Zed you’ll have to face.