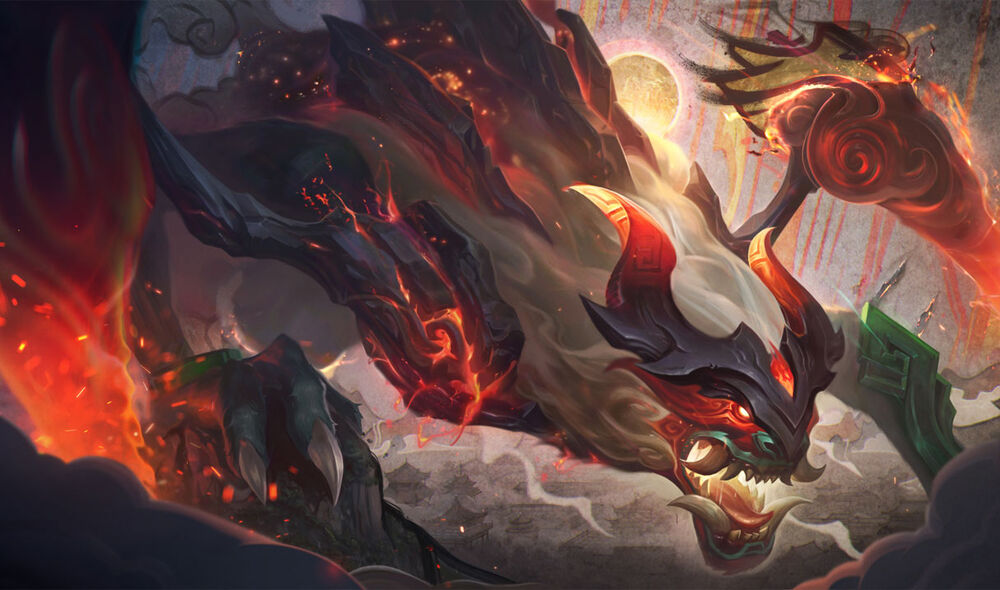 A brand new origin has hit Set 4.5, and the description is mysterious:

“Fabled champions’ spells are empowered from tales of their past valor.”

Fabled is a 3 piece buff and gives an individual bonus for each Fabled unit on the board; it’s important to remember that the Fabled Bonus only happens when you have the Fabled trait activated. Chosen champions will be extremely important if you want to run Fabled late game; all 3 champions fit well into other builds, but don’t add up to enough to make it worthwhile to run all 3 at the same time. If you’re looking for a good comparison, think Moonlight from Set 4. 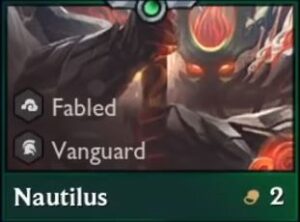 **Fabled Bonus**: Nautilus also grants himself a shield that reduces incoming damage by 60% for 5 seconds.

Nautilus feels very similar to his role in set 3; he’s a tank that slides easily into an early game vanguard build and has a long single target stun. The shield that Nautilus gets from his fabled bonus is wild, and running a Fabled chosen early game can stabilize your front line for quite a while. 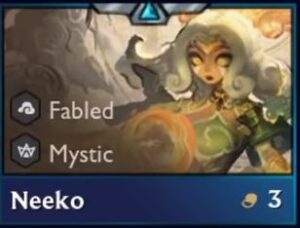 “Neeko throws a seed at a random target that explodes for (150/225/375) magic damage three times. Each explosion affects a bigger area than the last.”

In contrast to Nautilus, Neeko’s kit is a throwback to Set 2: Rise of the Elements. She’s a mystic, but is clearly positioned to be the damage carry for players running 3 fabled. In the initial beta patches, Neeko’s Fabled Bonus actually tripled the damage on her third explosion, but game designers determined that was far too strong and dialed it back to double damage instead. If you can find a chosen fabled Neeko or Nautilus, you’re in great shape to work towards a timeless Vanguard/Mystic build. 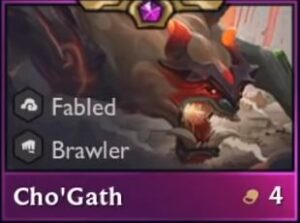 **Fabled Bonus**: Cho’Gath knocks up all enemies on the board.

Cho’Gath will be a nice addition to brawler builds and adds some CC to a class that lacks it without 5 cost Sett. Aside from being solid CC in any build, the fabled bonus on Cho’Gath might be the most visually appealing moment in the game. The entire board is bordered by broken shards of earth and erupts into a magma colored flash while locking down the entire enemy team.