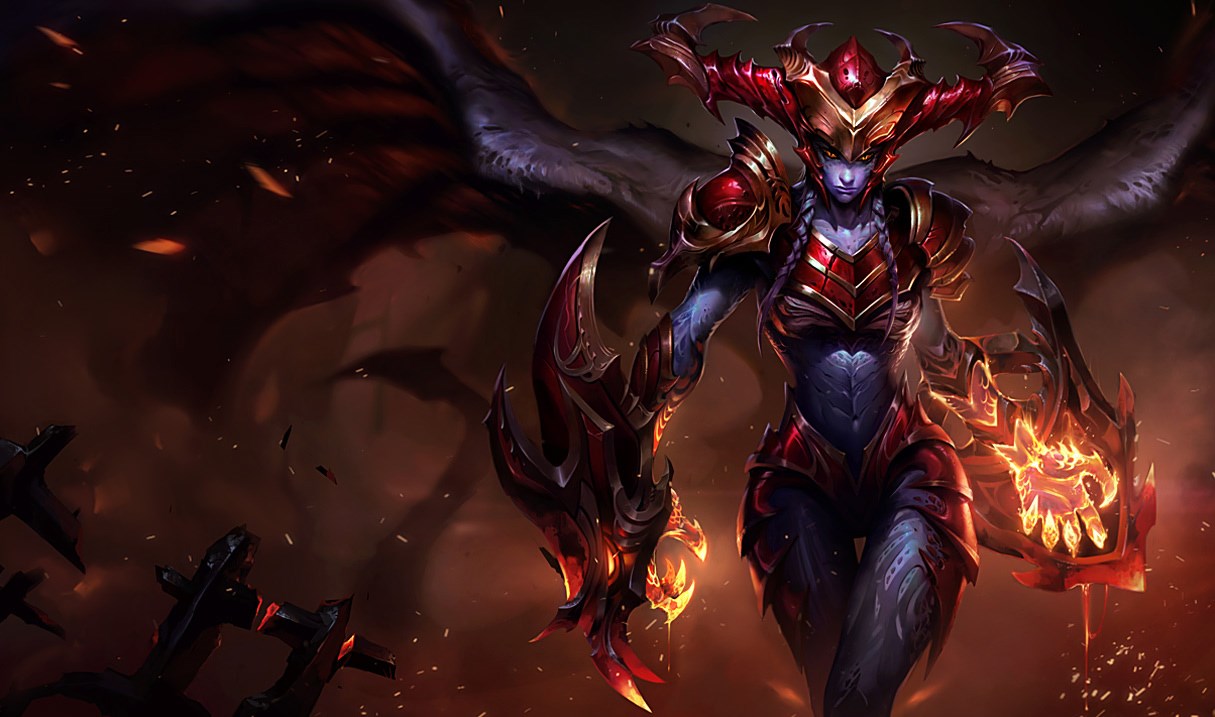 Throughout TFT Set 4.5, Brawlers have been among the most consistent team comps. With the added attack damage on top of the bonus health, Brawlers are often able to make it into the top four of a match. And unlike other comps that require transitioning, playing Brawlers is pretty straightforward.

Before we get into the specifics, here’s a quick snapshot of what a late-game Brawlers build looks like: 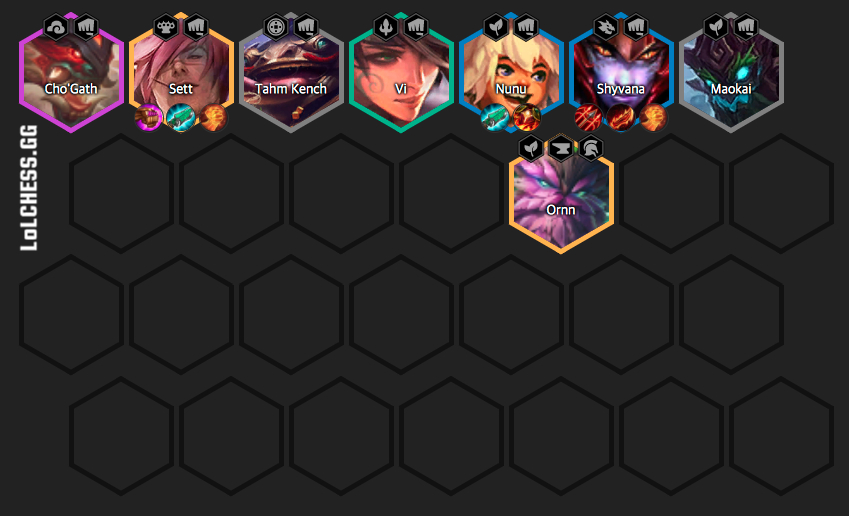 Shyvana is going to be your strong early (if you can get her) and mid-game carry. Nunu is a solid tank as well if you can itemize him. Late game, if you’re going 8 Brawler, you’ll need to find Sett.

The items you’ll want to prioritize on Shyvana are Runaan’s Hurricane, Guinsoo’s Rageblade and Hand of Justice.

I’ve also seen Shyvana with Rapid Firecannon and Quicksilver Sash but the ones mentioned above are the most common that I’ve played with.

Nunu is a solid champion in this comp, capable of carrying with the right items or simply providing a beefy frontline. Without a doubt, Hextech Gunblade is the most important item for Nunu.

Otherwise, you can focus on defensive items, like Sunfire Cape, Bramble Vest or Dragon’s Claw

While Shyvana and Nunu will get you to the late game, Sett will take you over the top. Usually, he’ll be the last champion you need  to complete your 8 Brawlers build. If you can itemize, you’ll want Jeweled Gauntlet, Hextech Gunblade and Hand of Justice.

Brawlers are, honestly, one of the easiest and straightforward builds that Teamfight Tactics has. While there are a million ways you can get there, the idea is simply getting to 8 Brawlers at the end of the game. How you get there depends on what the game gives you.

Maokai, Tahm Kench and Vi are your early game Brawlers and likely the Chosen champion you’ll get. I’ll usually play Brawlers if I have decent starting items and find one of them.

It’s possible to rush 4 Brawlers early with Maokai, Tahm Kench and Vi plus whatever DPS units you can find.

Mid-game you’ll want to have your 6 Brawlers synergy. Your comp should have Maokai, Tahm Kench, Vi, Nunu, Shyvana and whatever other DPS you can find that provides added synergy. I usually go 6 Brawler with 3 Elderwood (usually Lulu).

Late game there are two ways you can approach Brawlers. At Stage 4-1, you’ll want to level up to 7 and roll down to solidify your board (if weak). If you’re fine on health, you’ll want to slow roll for Shyvana and Nunu 3-star. Once you 3-star them, level up to 8 and complete your team comp (hopefully finding a Sett).

Another option if you’re simply trying to crack the Top 4 is to push to 8 for better chances of finding a Sett. If you hit level 8 early, you’ll want to itemize Sett over Nunu.

The hardest part about playing Brawlers is the randomness of finding a Sett. I’ve gone games where I’m at the top of the leaderboard and can’t get him in a carousel and then have no luck in the shop either. It’s possible to play 6 Brawler in these instances, but 8 is ideal.

If you’re feeling super dangerous, you could sell your Chosen Brawler from early game in hopes of finding a stronger one, but I don’t usually do this. Selling your Chosen Brawler could also open the door towards transitioning to another stronger comp late game. As I mentioned, Brawlers will almost always get you Top 4, but it’s one of the harder ones to get first with consistently.

Like the build itself, champion positioning is also very straightforward. The most common board is simply to put all 7 Brawlers in the frontline.