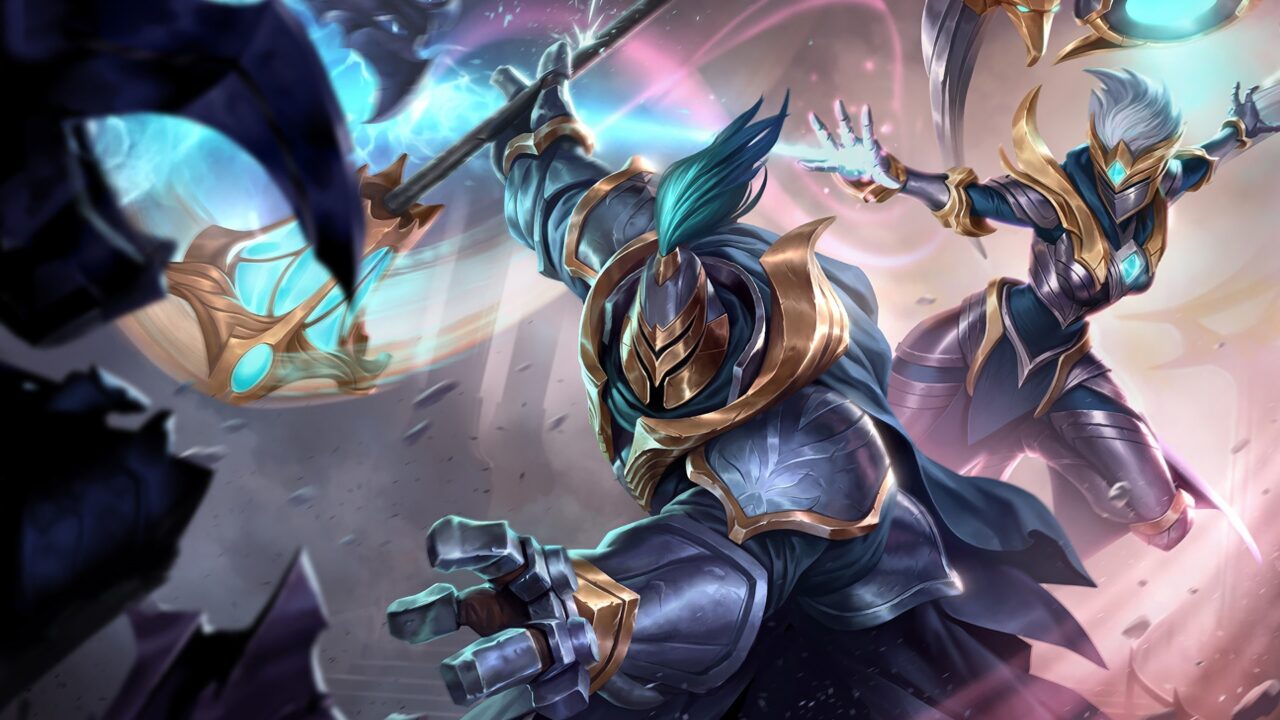 It’s been almost two weeks since the release of patch 11.10 for TFT: Reckoning. It was the first major patch since the launch of Set 5 and it served as mostly a cleanup patch to some of the overpowered champions that popped up with the new set.

The general consensus, even from lead designer Stephen “Mortdog” Mortimer, is that it didn’t make things worse.. it made it “bad differently.”

Thankfully, patch 11.11 is right around the corner and Riot has shared a preview of what’s to come. Spoiler: it’s a lot! 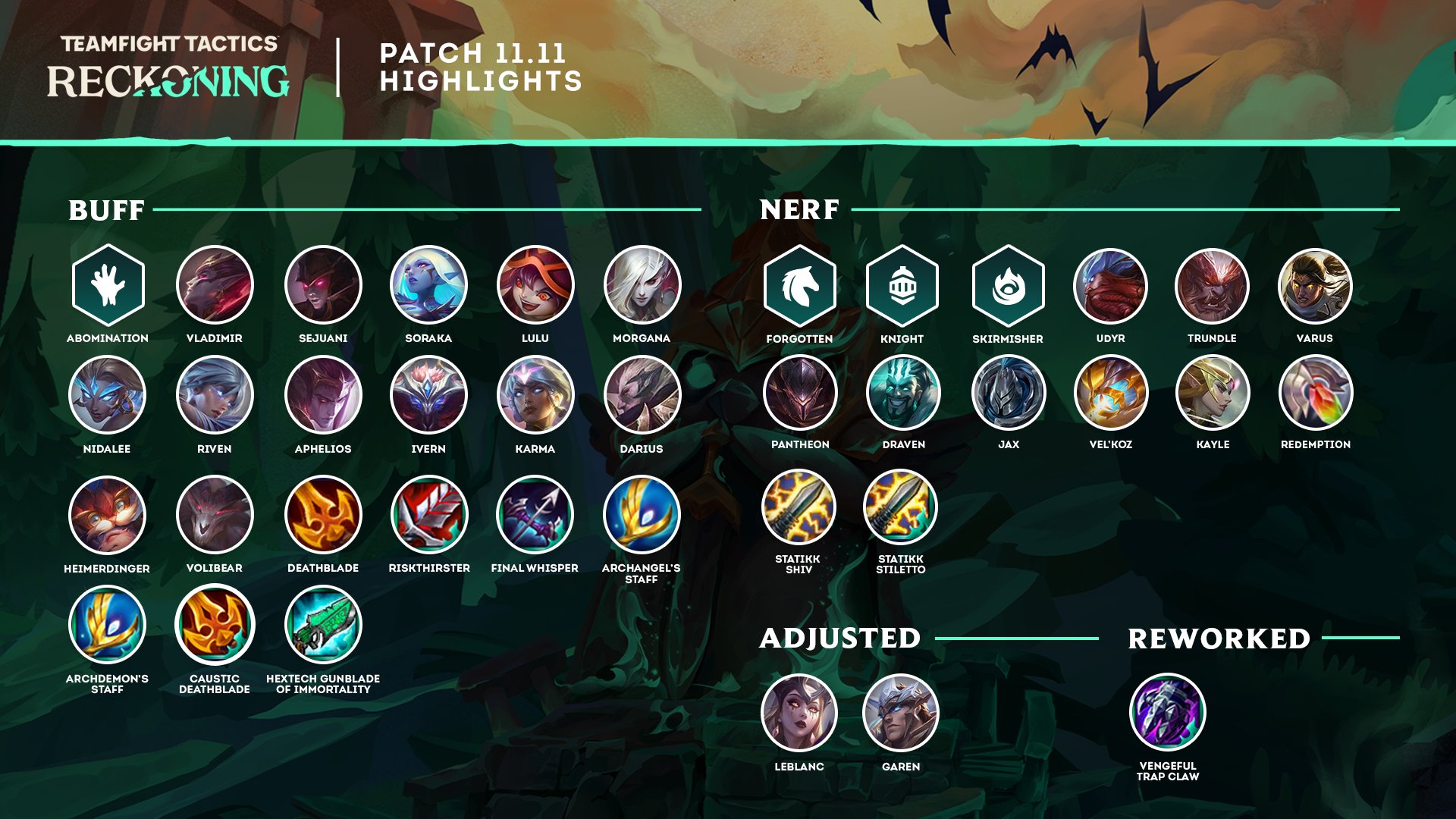 We’ll address the nerfs first since that’ what everyone always freaks out about. The Forgotten, Knight and Skirmisher traits are all getting hit with the nerf bat. This honestly shouldn’t come a much of a surprise as Knights/Kayle and 6 Skirmishers have been dominated TFT Set 5 of late.

Some of the specific Skirmishers getting nerfed include Udyr, Trundle, Pantheon and Jax. Kayle is also getting nerfed, of course.

Perhaps the most surprising thing with this patch is that it’s basically nerfing all of the current late-game carries, including Draven and Vel’Koz.

The patch 11.10 Post Mortem provides some good insight into why a lot of these changes are being made, so I definitely suggest you watch that.

For example, Mort admits that Dragonslayer was the biggest “f— up” with the patch, which is probably why Skirmishers blew up in popularity. While the Dragonslayer trait itself isn’t listed under “nerfs,” the hits the Pantheon and Trundle will undoubtedly impact it.

The Forgotten nerfs are interesting because I don’t really think it’s in a bad place right now. Mort believes 6 Forgotten is where it should be, but the big concern with this trait is when people hit 9 Forgotten, which is “crazy, crazy strong” thanks to the patch 11.10 buff.

And then, of course, there is the Knights trait which got a massive buff in patch 11.10 to address Vayne. Mort admits this buff was overreacting to the Vayne meta when they probably didn’t need to.

Now on to the buffs!

Abomination is getting another buff, following the one in patch 11.10. Mort reasons that Abomination is in a “weird spot” because of how the Monstrosity functions in battle. But the general consensus is that they don’t regret the changes, but they think they could’ve gone further. So expect a slight improvement with the incoming patch.

Then, of course, there are a ton of champion and item buffs coming as well. We’ll have to wait for the full patch rundown to get details on all of these.