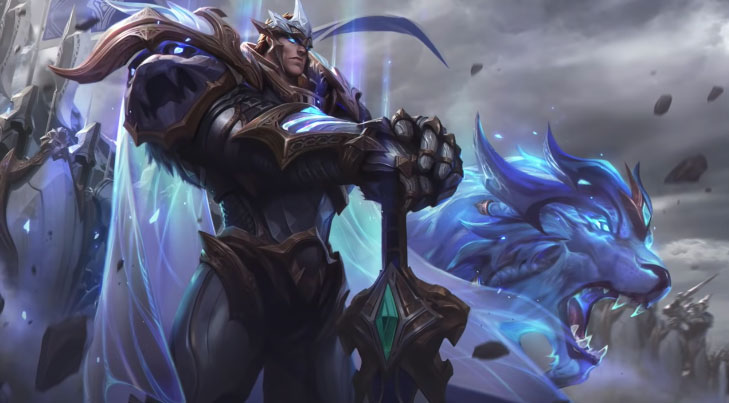 In the Season 2021 rundown, TFT product lead TJ Bourus gave us a sneak peek at Set 5 for Teamfight Tactics.

It feels a bit premature that Festival of Beast hasn’t even arrived yet and we’re already talking about Set 5 for Teamfight Tactics. But in Riot’s latest video, which provides an overview of the 2021 roadmap, TFT product lead TJ Bourus (aka Green Teej) gave us a sneak peek at the next major set.

Set to arrive this spring, Set 5 will “bring you into TFT’s most dramatic setting yet.” The official name for the set wasn’t revealed, but it will have a good-versus-evil theme.

“Corruption is nigh and the balance between Good and Evil has tilted,” Bourus teased. “The rising tension could yield grave consequences in the Convergence so we’ll need you to restore the balance.”

Bourus stopped short of providing any meaningful details, such as any sort of new traits or gameplay mechanics that may come with this new set; however, images of champions that will presumably be featured in the set were shown. Among the champions revealed were Garen and Riven, who seem to represent the “Good” side, along with Darius, Volibear, Morgana, Teemo, and Viego, likely representing the “Bad” side. I know not much was revealed, but I’m already excited.

Set 4 will also have a mid-set drop this summer. And this fall will come another brand new set. But that’s a long way down the road.

For now, we can look forward to Festival of Beast, the mid-set refresher for Set 4. Festival of Beast will bring new champions and traits, unique Arenas (Club.2 and Lunar City), a new Battle Pass, adorable Little Legends, and much more.

Check out the full video for a look at what’s coming to Teamfight Tactics in 2021. There’s a lot of exciting new things!