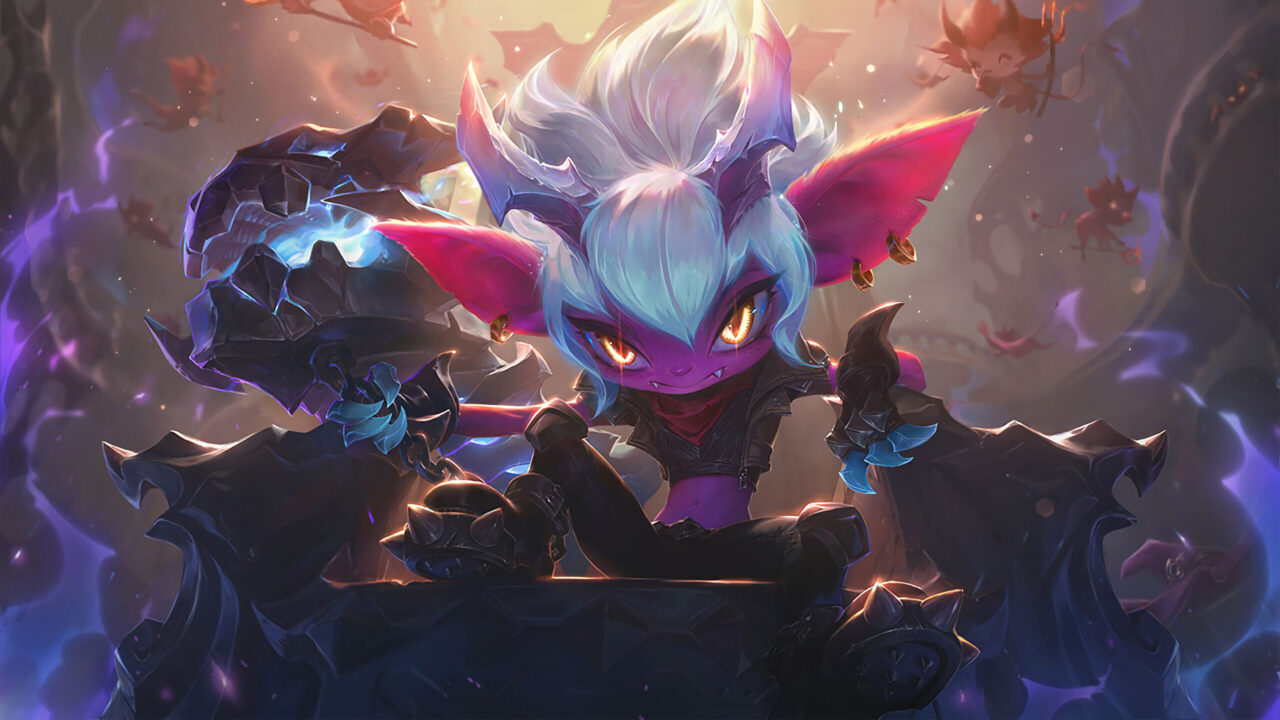 I learned the basics of the reroll Hellion Tristana build by watching NoobOwl, current rank #1 player in NA. A few items to note:

As noted in the intro, the early game (2-1) board should only contain 3 units. Collect Hellions during the early game and play the strongest ones to preserve health. Econ as much as possible so that you can start rolling earlier than other players. Last Whisper is a great item to slam on an early Tristana. Sunfire Cape is also great to fortify your frontline early on. Thresh is a great addition at level 4. Nautilus is another solid option; both grant the Knight buff. Slow roll at Level 5 to upgrade all your Hellions (and Senna) to 3 star. 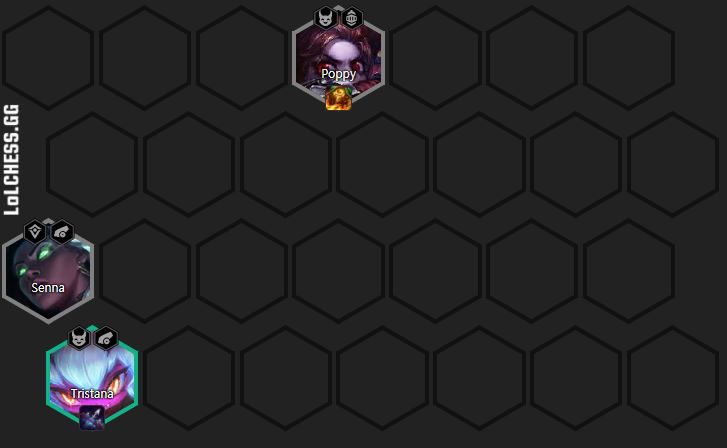 I mentioned the most important part of the mid-game in the previous paragraph; slow roll at level 5 until you 3 star almost all of your Hellions and Senna. Players may be tempted to swap Senna out for Miss Fortune, but don’t fall into that trap. Senna’s CC is far more useful than any damage that MF adds. If you 3 star Poppy, Kled, Ziggs and Senna, feel free to level to 6 and start searching for more Kennens and Tristanas. Hopefully you’ll already have some on hand and only need to find a couple more before moving to level 7. 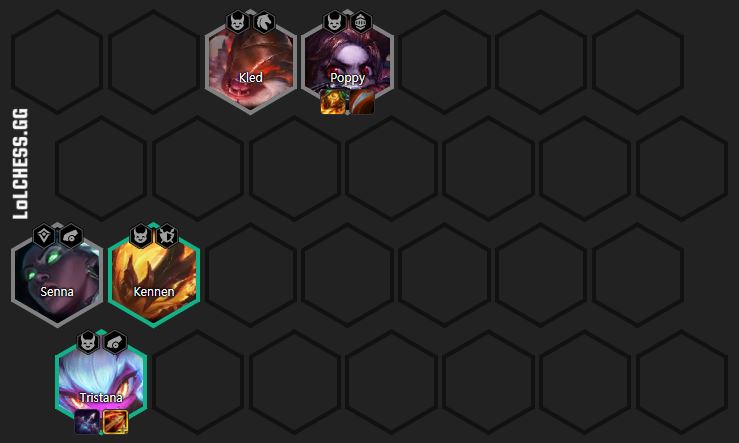 Once four or five of your Hellions are 3 starred, level as you’re able to 8. Scout your opponents to determine your 8th unit; Garen is a solid addition to grant the Knight buff. On the other hand, lots of players running magic damage builds should encourage you to run Gwen instead and pop Mystics into the mix. Teemo can replace a Ziggs in your build, but don’t swap out a 3 star. 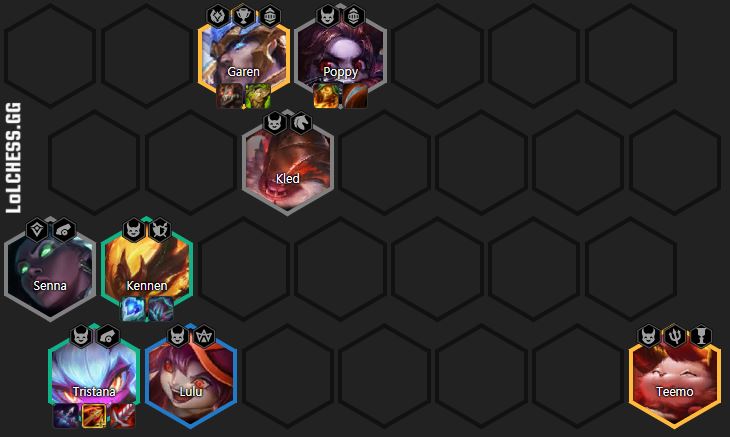 In one of his recent games, NoobOwl was contested while running the Reroll Hellion Tristana build. He struggled to find 3 star Tristana and his game seemed doomed. Someone in his chat suggested moving his Tristana items (BT, Runnans, Last Whisper) to his 3 star Kled. He thought about it briefly and decided that was the right play. It was a fantastic move, and he ended up placing 3rd, while the other Hellion player ended 6th.