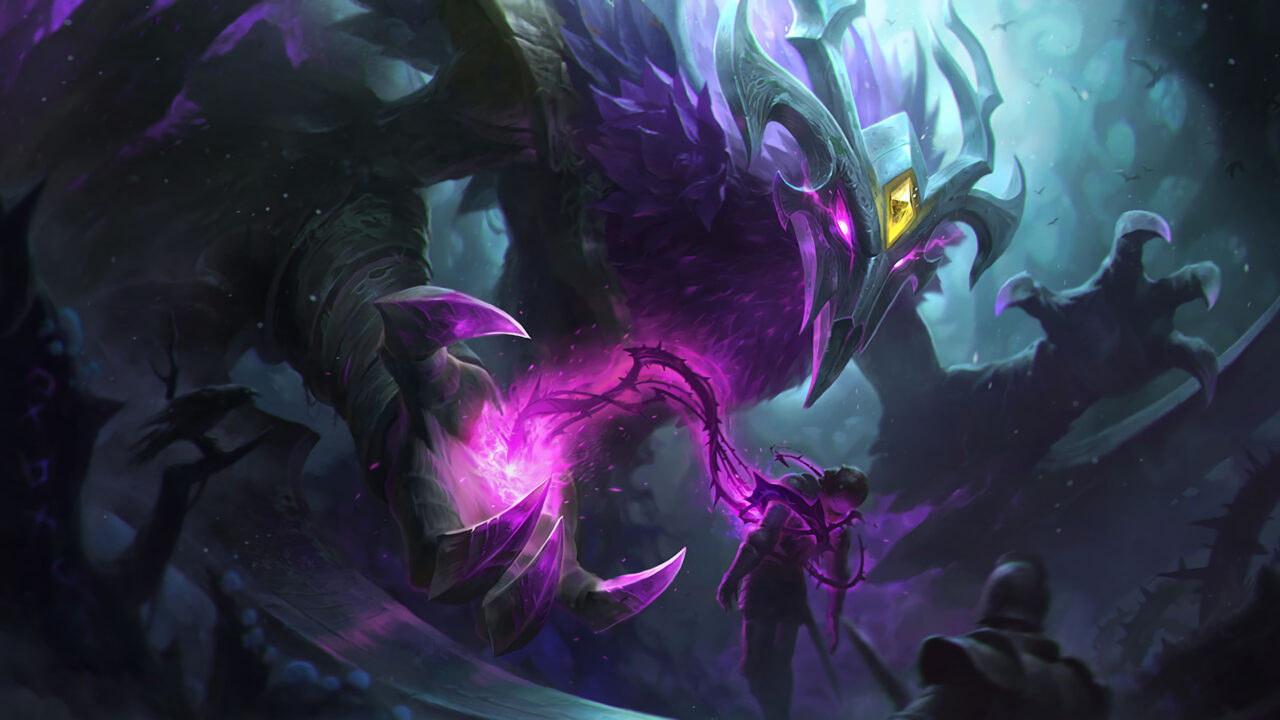 Last month Mortdog hinted at new chase traits being added to TFT in patch 11.12. When asked about it on stream Mort said “Any chase traits you think you want are probably coming in patch 11.12”. Full details of the traits has finally arrived:

Which ones are you excited to try? Any you're scared of? And are there any you feel should still be added? pic.twitter.com/lVDsSoSOSK

Skirmishers gain a shield at the start of combat, and bonus Attack Damage each second.

Some units that may make great Skirmishers include Garen, Darius, Viego and Mordekaiser.

Dragonslayers always gain bonus Ability Power. After the first Dragonslayer ally scores a takedown on an enemy with at least 1400 maximum Health, all allies gain additional Ability Power for the rest of combat.

Vel’Koz may make a great Dragonslayer if you end up with 6 as an option. Pair him with another Spellweaver and watch him melt your opponents. AP build Yasuo is another interesting option; he brings Nighbringer and Legionnaire online when paired with Diana and Mordekaiser.

Revenants revive after their first death each combat. Once revived, they take and deal 30% increased damage.

Challenger player Rayditz expressed concern around this new chase trait. Mort replied, and also assured everyone on his stream that the team is keeping an eye on this as a possible issue. Try it out for yourself on Wednesday, it may be your only chance to abuse it before it’s gone.

I think that's fair. 6 Sin 3 Rev with Noc 3 is already a strong comp… now attach a spat in there and the comps power will escalate dramatically.

Renewers heal for a percent of their maximum Health each second. If they’re full Health, they restore Mana instead.

At first glance Volibear seems like a great option for a Renewer Spatula. Volibear is normally a mediocre front-liner, but he has a fantastic ult. Making him a Renewer alongside Ivern will also turn on the Revenant buff and virtually guarantee he ults at least once each fight.

180 Armor is an insane amount. I would not be surprised to see the meta rotate 4 Ironclad in as the best compliment to Kayle. Rell, Nautilus, Jax, Lux (with Ironclad Spat), Kayle, Taric, Mordekaiser, and Kindred would give 4 Ironclad, 2 Mystic, 2 Knight, 2 Verdant, 3 Redeemed and do a hell of a job protecting the fragile Kayle.

Spellweavers have bonus Ability Power, which increases whenever any champion uses an ability (up to 10 times).

This chase trait feels more like a trap trait. 6 Spellweavers in a comp leaves very little room for front line, and there are very few tanks who benefit from additional AP. Morgana and Thresh come to mind as possibilities, but I would be surprised if this new trait takes off.