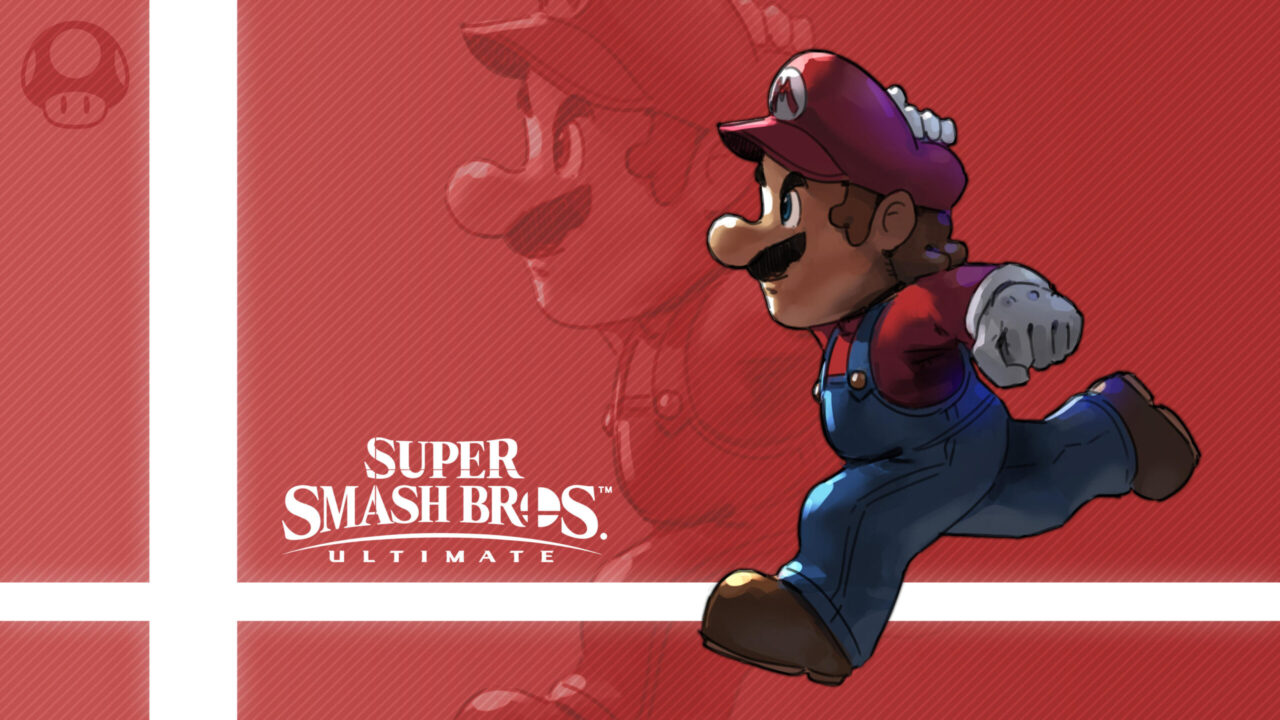 How to use the moves

This Mario Guide is mostly for newer players so if you are familiar with tilts, air attacks, special, and spiking you can move on to the intro. When I talk about special moves I mean the default special move button which is the B button. When I reference things like side tilt it’s mostly the left stick moving in a direction (in this case a tilt bottom left or right depending on what you want ) with the attack button (which when starting the game is the A button). The same for things like air attacks which just is just your default A button while your character is in the air. Also spiking is just a move they can smash someone down to the floor or blast line (which is just the border of the screen). Nair is also just neutral air.

As a Smash player I and a lot of other people like Mario as a Character.  He is well balanced, he is fast, lightweight, and a combo heavy character. Good smash players like to practice combos with him.  Even a person who plays someone else like me who mains Joker likes to play this character just for the easy combos. He is great for just starting off since he has everything a good character needs: a Reflector, a good recovery, a nice edge guard, and a good projectile.  He is a great character and I have set up his moves and combos for people trying to learn about the character, find more combos, or just find a good character to start playing.

Mario’s side B is good for deflecting Mario basically brings out a cape and Mario can also use it to turn opponents which is a good ledge (edge off the land) guard trick since it might mess people up, and it’s a good mid-air stall. Neutral B is good for combo starting when you use it in the air in the direction of your opponent it’s good for them not to punish you and also good to do while he falls. Block stun will keep them stunned for you to use down throw or use any other combos,more on those later. Down B Mario summons F.L.U.D.D (from Mario sunshine) and moves people away with a powerful water pulse (doesn’t do any damage). It is good for people recovering that only have a vertical recovery like Ike or Chrom. This is good since people with swords from Fire Emblem or other games with long bladed protagonists out range Mario so that makes it a bit more fair against them. Up B kills really quickly mostly with combos like up air, up air, and then up special. It’s a good recovery since people who jump into it will get hit by it for a bit since it’s a multi hit move.

Mario is an Airy character so he is mostly better in the air. His back, side, nair, up, and down air are really good, that’s why most of his moves are him in the air or juggling players (He is good at keeping opponents in the air too). Any good Mario player knows that back air is a good move when you use it on someone they will try to grab but you can pull two back airs per short hop. (quick left joystick flick) which makes back air unpunishable. Side air is a really good spike mostly Mario players when near the edge of the map try down throw to side air it’s a nice clean spike. His Nair is a good combo starter a good example is when he lands with nair then goes down tilt to start a combo. Up air is great for juggling, like I said for up Special it’s great to kill early with  Up air Up air Up special. Down air is a multi hit move that is also good on comboing mostly down throw to up air up air to down air does some good damage.

Mario is really good on grabs; he has Up, down, side, and back throw. Your best option when your opponent is at zero percent is to up throw to down air to side air which does a good 37 damage. For floaty characters up throw to up air will work better for them and can also combo to something else if the chance is shown. For down throw another combo other than near ledge spike is to down throw up air up air to side air (mostly needs around 30% to work). It does not necessarily need to spike but if you are looking for another spike other than down throw to side air it works.  For the side throw you can side throw to a triple jab maybe to an up throw and ect. Back throw people usually use to gain the upper hand by throwing the person off stage and maybe for a ledge guard.

If you get a Mario Amibo make sure to put spirits on him first then train him if you don’t he will get messed up. You should give him Physical attack, air attack, and Throw and meteor buff then put a primary spirit on him. Primary spirits do not give him the ability like if you put a primary on your team in adventure mode. You want to play as Mario against him until you feel good about  the way he’s playing. Battlefield and final destination is the best for training the Mario. You want to train him with the good moves like a spiking side air or teach him to throw a lot.  Mostly teach him good killing moves so he doesn’t just get the person to 300 percent and doesnt kill him. You want to let them get kills so they learn that it is a good move so basically if he starts hitting you need to let him try to start something to let him know it works. If you feel satisfied with how good your Mario got and is still at a low level just turn off his learning and make him face a level nine Mario. With it he doesn’t forget all the things that you taught him but he still levels up. When you’re done and he gets to level 50 try to use other characters with him, so he knows how to beat someone other than Mario.  Mostly try to go for heavies and maybe some light weights too.

When writing this it took me a while since I have never written for a website or for fun in that case. So when I studied Mario in smash and all the things that make you better with him I got better at him, before the article was posted. I hope newer, struggling, heck even experienced players can get better through these posts.